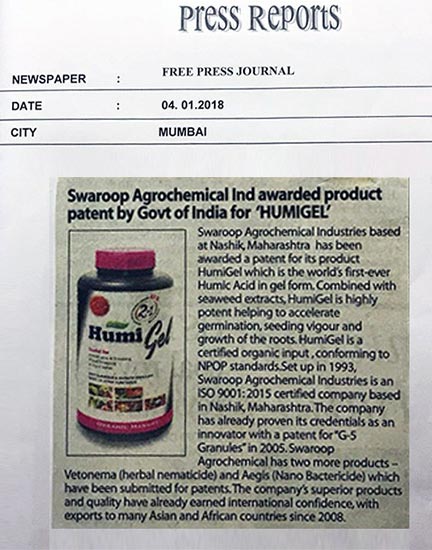 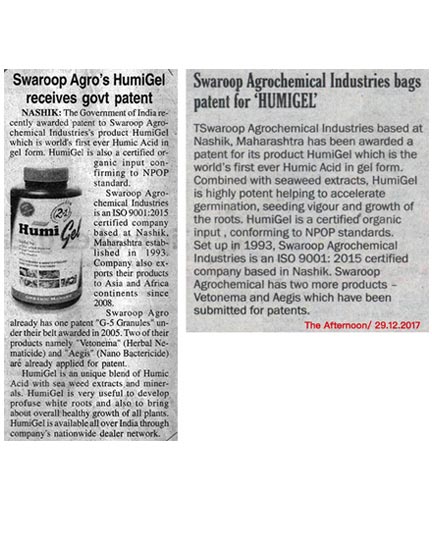 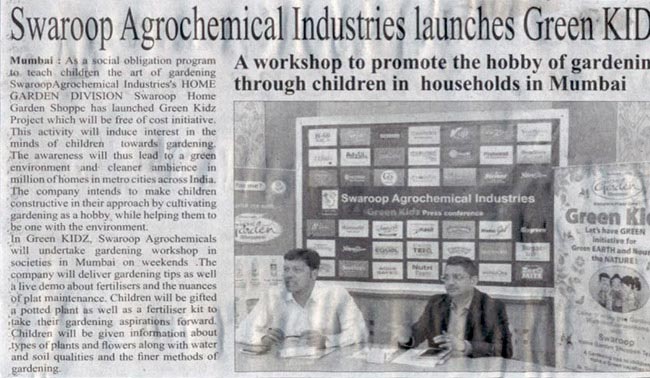 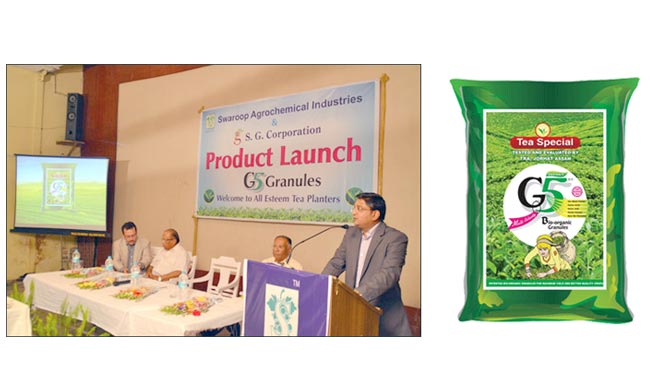 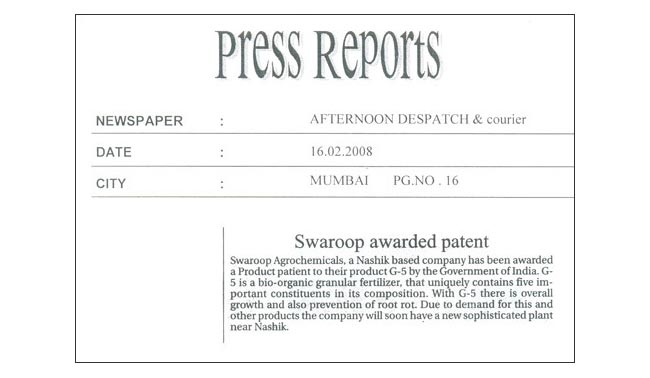 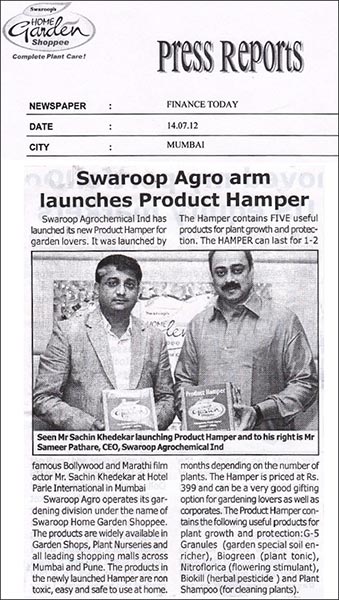 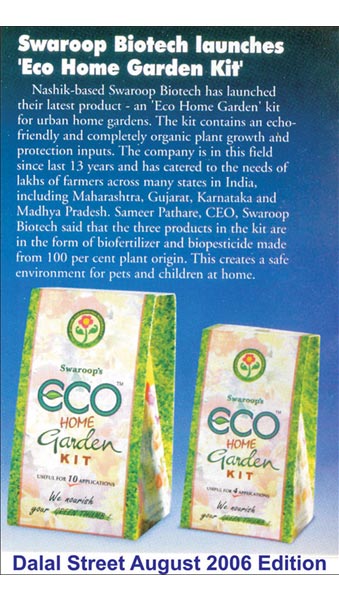 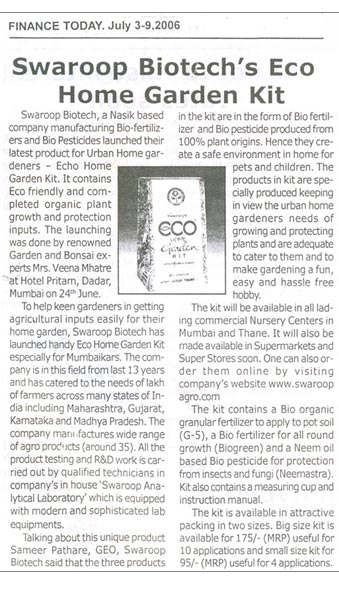 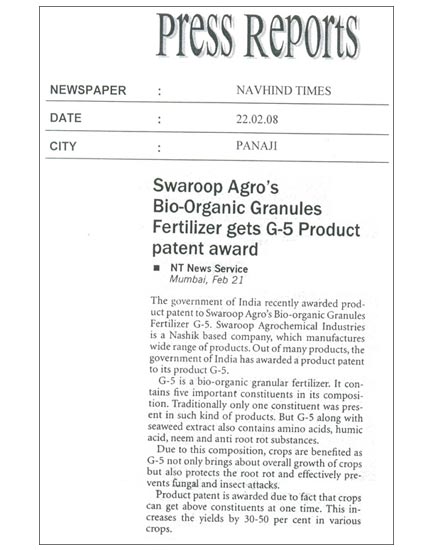 Nasik-based Swaroop Agro’s bio-organic granular fertiliser, G5, has come as a boon for tea planters looking for an eco-friendly alternative that could help reduce chemical residue in tea. Swaroop Agrochemical Industries, which manufactures more than 40 products including pesticides, micronutrients, bio-fertilisers and specialty agrochemicals, has received a product patent for G5 from the government of India. Stating this at the launch of the product in Jorhat recently, senior officials of the company said G5 had five constituents, one of these being the traditional seaweed extract used in bio-fertilisers. The other four are amino acids, humic acid, neem and anti-root rot substances. Manoranjan Mahanta, an official of the company, said the rich composition was not only beneficial to crop growth but also protected the crop from root rot, apart from preventing fungal and insect attacks. The amino acids helped the crop develop, leading to increased shelf life and quality. Mahanta said the product patent was awarded because the fertiliser provided the crops all necessary constituents while increasing yield by 30 t0 50 per cent. “Farmers are benefited, as they do not have to apply the fertiliser five times, thus reducing labour cost. The product is also reasonably priced,” he said. The Tea Research Association at the Tocklai Experimental Station in Jorhat has also tested the formulation and found that in comparison with an untreated plot, G5 increased production by 9.4 per cent. When a plot treated with nitrogen, phosphorous and potassium (NPK) is compared to one using a mixture of NPK and G5, the yield was found to increase by 3.4 per cent in the latter plot. “Any increase by more than 2 per cent makes a huge impact on the cost-benefit ratio and the profit increases considerably,” Mahanta said. Amitabh Barooah, who manages Kola Kata Tea Estate, said G5 had made him hopeful of going organic and producing better quality tea. “As G5 is certified to be organic, there is no residual matter post usage in crops or soil. Because of ingredients like neem, application of chemical pesticides and fungicides is reduced, making the crops healthy and spurring higher yield,” he said. The product assumes even more significance in light of the fact that a parliamentary panel attached to the department of commerce had recently expressed concern regarding the growing maximum residue levels in teas and declining soil productivity in estates.